"Recognising diverse cultures has never been more important than now, because we have seen clear evidence of nationalism rising up again in Europe and around the world.

If we only take one view about events in the world we will never understand the other perspectives behind them and therefore lock ourselves into a sort of closed-minded ideology that has led to hate, prejudice, and tragedy throughout history.

At Crowstone House we recognise that we live in a Multicultural Society – we work together with people of different gender, race, sexual orientation, age, culture, socioeconomic background and so on – this make us all culturally richer because by exploring ideas, beliefs, and lifestyles with an open mind, we open ourselves to exercise creativity and problem solving by looking at things from other lenses.

People in our care represents a cross section of our multicultural society and their diversity and uniqueness must be recognised and valued. However in order to create awareness of the need to celebrate differences such as language, religion, racial identification, ethnic identity and culture – we need to start by recognising and celebrating the diverse cultures and benefits that our own staff bring to the workplace. By doing so we will promote an awareness among our staff that by celebrating differences rather than tolerating them, it will shed light on a life different than their own and provide them with a new perspective. They can then really begin to comprehend where an individual is coming from and understand his or her actions and behaviours. 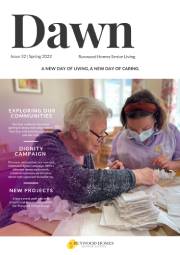